Showing posts from August, 2017
Show All

The metamorphosis of the English line-up 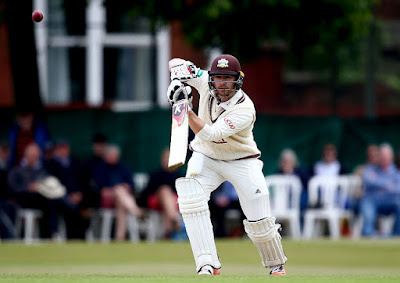 Nick Compton. Joe Root. Michael Carberry. Sam Robson. Jonathan Trott. Adam Lyth. Moeen Ali. Alex Hales. Ben Duckett. Haseeb Hameed. Keaton Jennings. Mark Stoneman? Wondering why all these names have been written above? Well, these are the Test opening partners of Alastair Cook since the retirement of Andrew Strauss. Surprised? You should be. 11 opening batsmen in a span of five years deserves a decent amount of this human emotion. But, such has been the level of transition in the England Test squad. Had England been given the option of a 3-1 series victory over South Africa before the start of the series, they would have excepted it gleefully. South Africa came back from behind to level the series at Trent Bridge. With Faf du Plessis back in England, it seemed as if the result of the series would go down till the wire. With victories at The Oval (by 239 runs) and Old Trafford (by 177 runs), England sealed the series without much discomfort. It was also the most desired start for En
1 comment
Read more
More posts